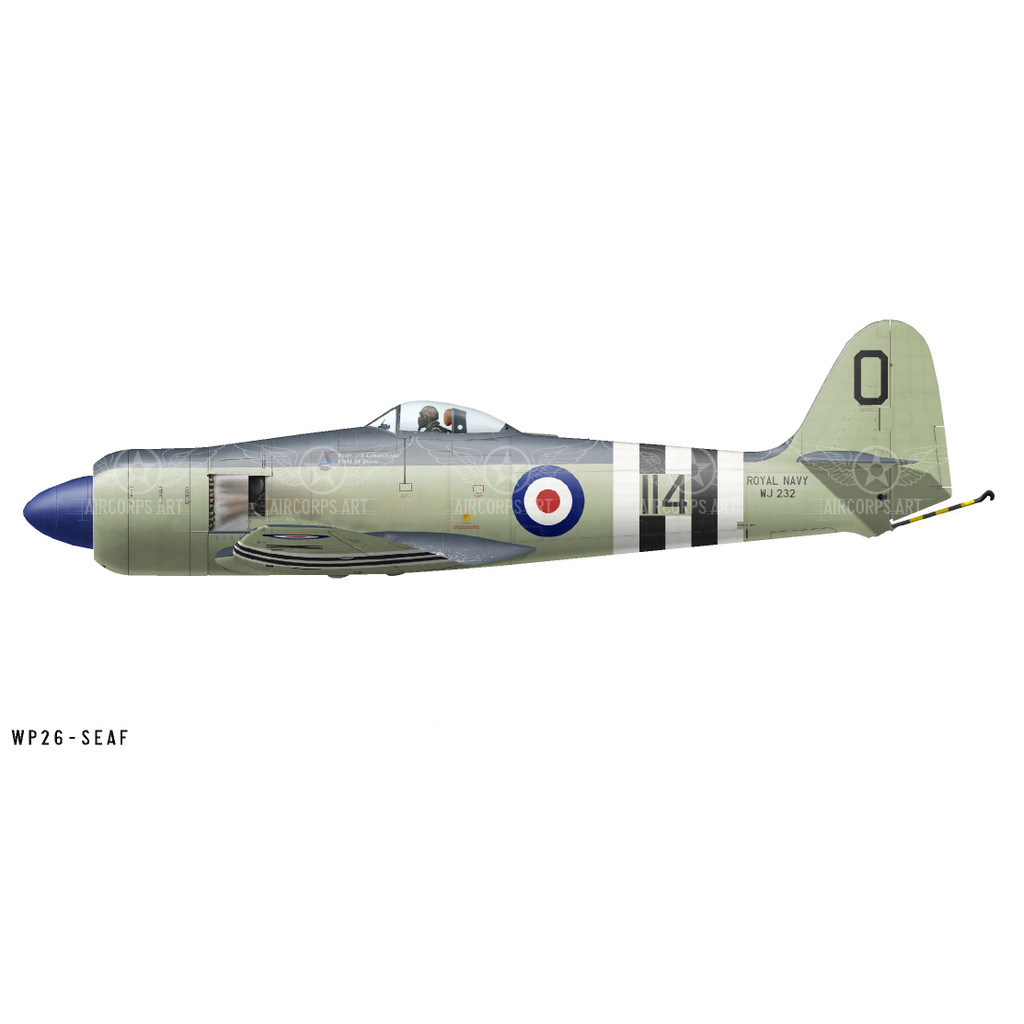 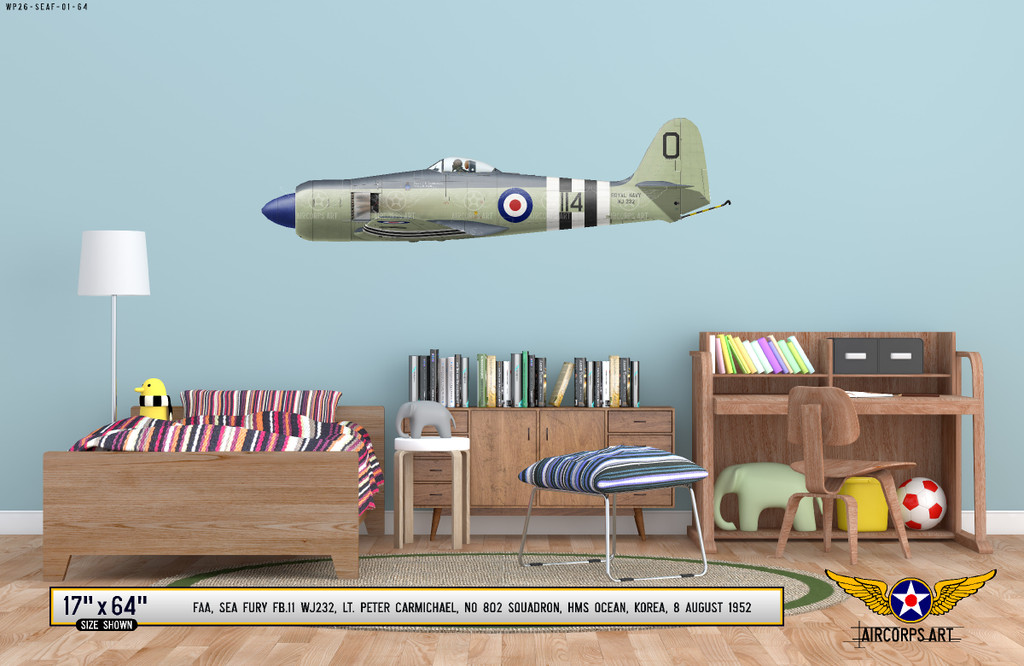 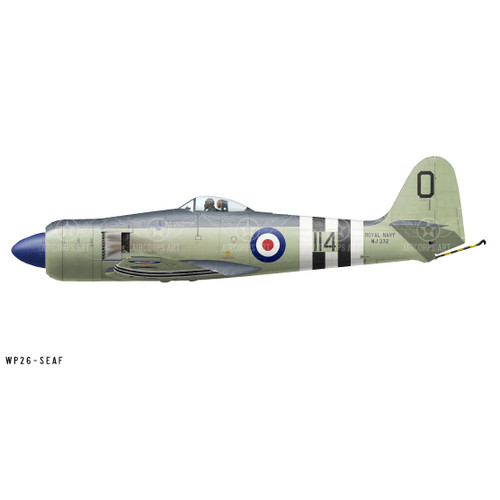 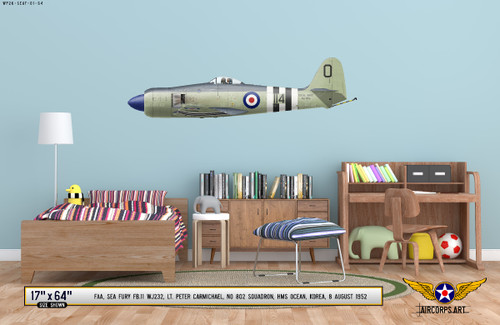 Whilst the Sea Fury was too late to see service within the Second World War, it made its impact on the opening stages of the Korean war with great distinction. Initially escorting Fairy Firefly Mk V's and USAF aircraft like the B-29 Superfortress, the Sea Fury soon found its self on secondary roles due to the ever increasing threat of the MiG-15 now in the hands of Chinese and North Korean pilots. Despite this, on the 9th August 1952, a flight from No.802 Squadron were en route to a ground attack sortie when they were bounced by MiG-15 fighters. Peter Carmichael, flying Hawker Sea Fury WJ232 (Coded 114), damaged one of the Jet fighters in a head on attack with the first and only Air-to-Air kill for the Sea Fury in the Korean war. The feat showed the remarkable potential of the aircraft, even when faced with vastly superior opposition and secured its place in the rapidly developing history of aviation.

Spruce up your room, man-cave, garage or toolbox with this vinyl decal paying tribute to the Sea Fury! Comes with smaller vinyl decals that can be applied anywhere, an application tool, and instructions.