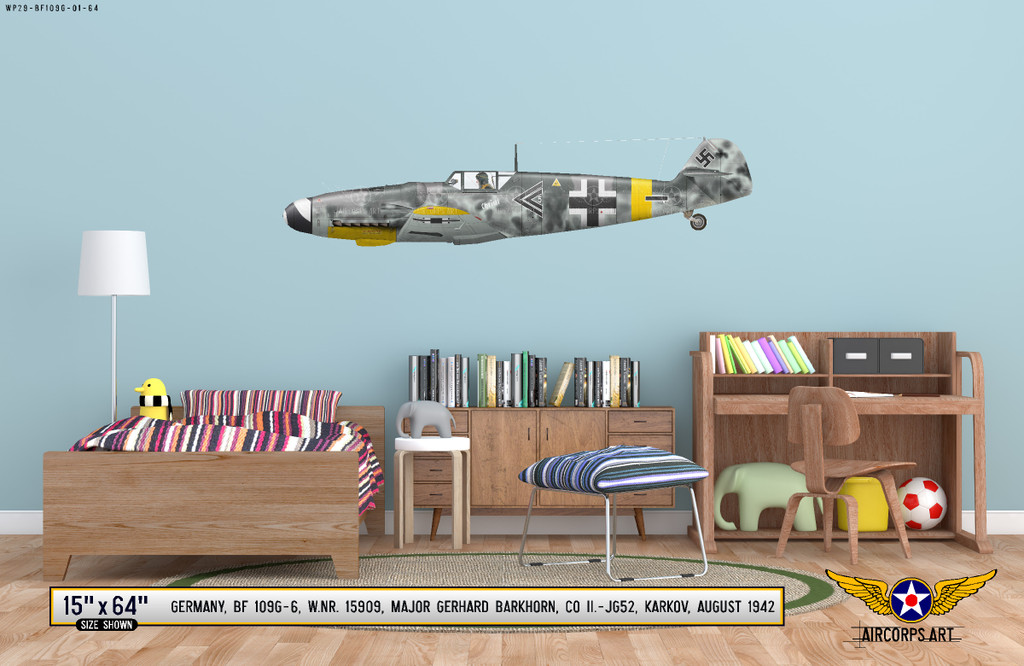 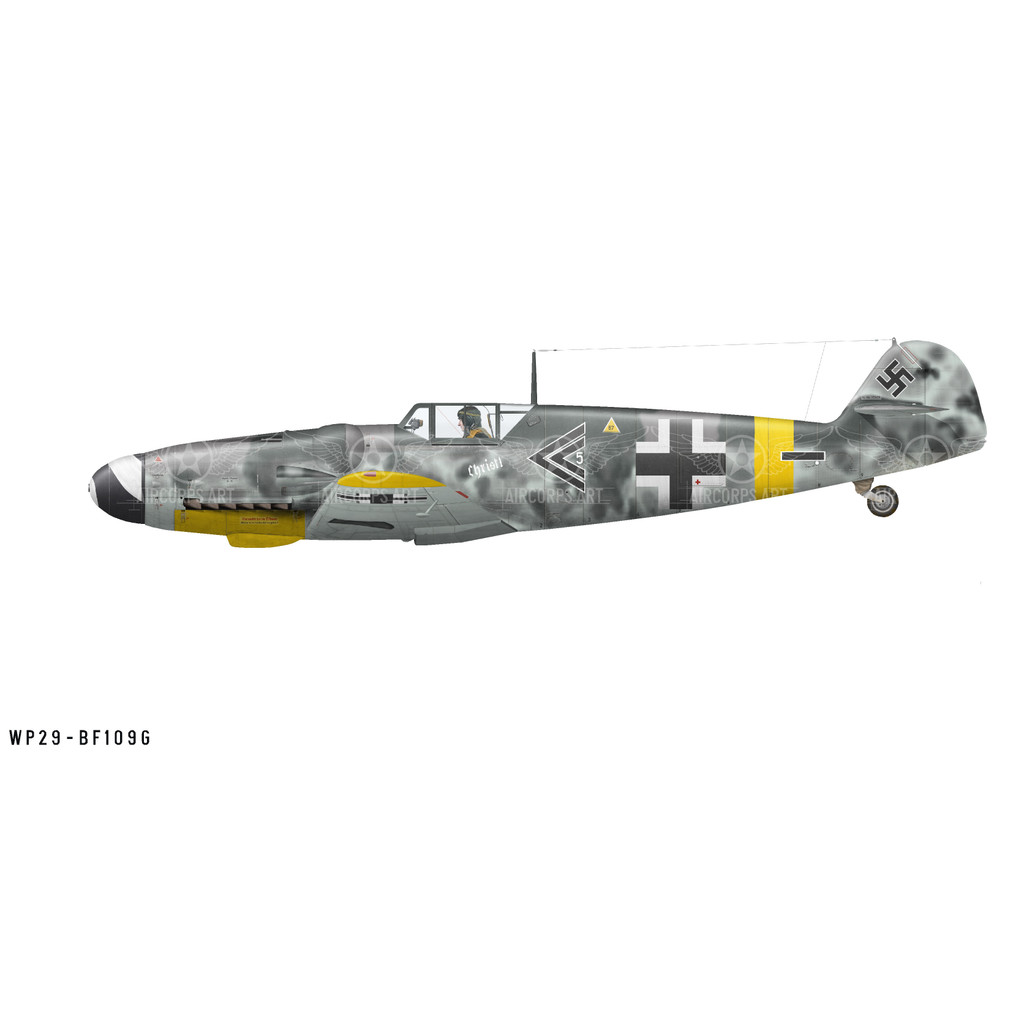 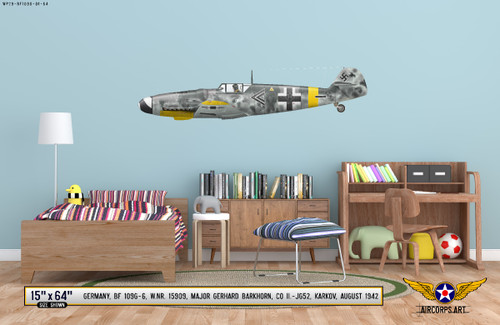 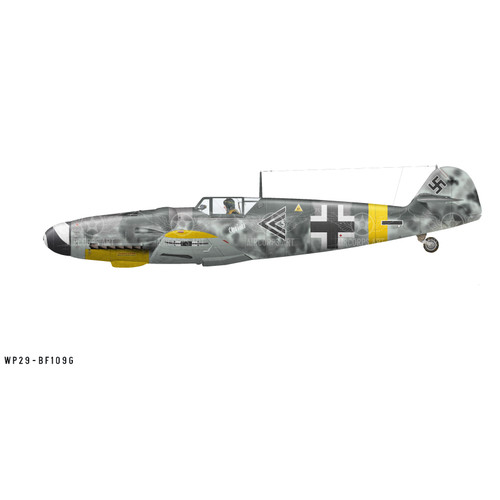 Gerhard "Gerd" Barkhorn was the second most successful fighter ace of all time after fellow Luftwaffe pilot Erich Hartmann. Barkhorn joined the Luftwaffe in 1937 and completed his training in 1939. Barkhorn flew on the Eastern Front against the Soviet Red Air Force piloting the Messerschmitt Bf 109 and Focke-Wulf Fw 190D-9. He flew with the famed Jagdgeschwader 52 (JG 52—Fighter Wing 52), alongside fellow aces Hartmann and Günther Rall, and Jagdgeschwader 2 (JG 2). Less than two weeks later he left JG 52 on the Eastern Front and joined Jagdgeschwader 3 (JG 3), defending Germany from Western Allied air attack.

Barkhorn claimed 301 victories in 1,104 operational sorties. His total included 110 Yak fighters, 87 LaGG fighters, 21 Il-2s and 12 twin-engined medium bombers. He was shot down 9 times, bailed out once and was wounded 3 times.

The Messerschmitt BF 109 was originally conceived as an interceptor, later models were developed to fulfill multiple tasks, serving as bomber escort, fighter-bomber, day-, night-, all-weather fighter, ground-attack aircraft, and as reconnaissance aircraft. It was supplied to and operated by several states during World War II, and served with several countries for many years after the war. The Bf 109 is the most produced fighter aircraft in history, with a total of 33,984 airframes produced from 1936 up to April 1945. The Bf 109 was flown by the three top-scoring German fighter aces of World War II, who claimed 928 victories among them while flying with Jagdgeschwader 52, mainly on the Eastern Front.

Spruce up your room, man-cave, garage or toolbox with this vinyl decal paying tribute to the famed ace and the Messerschmitt fighter he flew! Comes with smaller vinyl decals that can be applied anywhere, an application tool, and instructions.

He 162A-2 Salamander Decorative Vinyl Decal